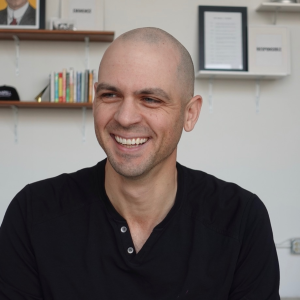 The major club companies have a strangle hold on the market.

It seems like every few months a big name brand is coming out with another $400 driver that is “longer and straighter” than the last.

While I do believe in the improvement of technology, I don’t believe in shelling out $400 for a new driver every few months.

I’ve been thinking about an idea to completely flip the golf club industry on its head, and give every player the opportunity to get the brand new drivers, for less. I would love your thoughts below.

The first problem is how quickly your clubs are becoming obsolete.

It can be frustrating to buy a brand new $400 driver that will become obsolete in 6 months or less.

Unless you want to shell out another $400 (and trade yours in for $50), you’ll be stuck with second-rate technology.

The second problem is finding a driver that fits your game (for less money).

Right now there are three unattractive options for finding a new driver.

The first is to go to a big retailer like Dick’s or Golf Galaxy, and try out the club on their simulator. Last time I was in there I hit a 5wd 377 yards. That wasn’t reliable feedback to say the least.

You could also go to a custom club technician. He or she can put you on the trackman, have you hit a bunch of drivers, and find the club that fits you best. By the end of the session however, your $400 driver just became $800.

Last you could order a driver out of a catalog and cross your fingers it’s the right one. For 400 bucks that is quite a gamble.

What if golfers had an opportunity to get up to date technology that fits their game, without shelling out more money than they should?

How It Would Work:

For one low monthly fee, you can get the most up to date driver in your bag.

You can try the driver for as long as you want.

If you don’t like it, send it back and pick another one to try. You can do this as many times as you’d like, all for one monthly fee.

If you find a driver you like, and you want to keep it for good, you’ll pay the monthly fee up until you’ve paid the retail price. Never more.

If you want to upgrade to the newest driver every season, you can do that too.

As a member you’ll be able to have the top of the line golf technology in your bag every season, for less than it would cost to buy a new driver every two years.

I have contacts in place, and a team of computer programmers ready to go. But before I move forward, I need to know if you would be interested.

If you think this is something you would be interested in, put “I LIKE!” in the comments below. I’d also appreciate it if you would share it on twitter and facebook, or maybe email it to the other guys in your foursome.